Internship applications and project pitches should be sent by email to the candidature address, we do not accept applicants by telephone… Please do not call!

Unfortunately, we are unable to offer observation internships. 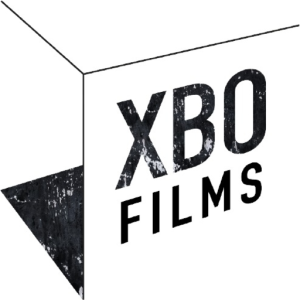 For twenty years now, Xbo films has fought to remain a consistant and reliable production company, and it is clear that Luc Camilli was not born under the sign of the Taurus for nothing; his bull-headed determination, slow but persistent, seems to have finally paid off. After three seasons of Kiwi, some thirty short films, and the first full-length feature by Florence Miailhe, the Crossing (co-produced by Les Films de l’Arlequin, Maur Film, Balance Film and Arte, and nominated for the 2022 Caesar awards), Xbo films can thus proudly declare itself a bona-fide, albeit, humble success, yet it is comforting to see that the work was not for nothing.

But what is our editorial approach? For years now, Luc Camilli has also been asking himself the same question. First and foremost, our projects are built on our strong and sustained relationships with authors, directors, and technicians. Our productions also tend to have a documentary approach; we often take on topics questioning our society, our identities, our history, our norms… Then there is the visual identity of our productions, that we fight against all odds not to confine (we continually fight to expand). We fight to promote diversity in animation techniques and aesthetics and hope to participate in artistic research and the development of tools.

There you have it, our editorial approach; three ingredients which guarantee tough-luck finding financers, tumultuous relationships, and much too high cortisol levels.

While It should be known that Luc Camilli improvised his way into the post of boss and producer before he was able to gain a real understanding of the animation market, but as is characteristic of young graduates, he let himself be carried away by his enthusiasm and his desire to experiment. At first, his geographic location, almost complete lack of ambition, and frugal inclinations allowed him and Xbo films to consistently escape bankruptcy. This while also developing expertise in traditional animation, in a creative combination of freedom and precarity. With age, and with the need to feed his numerous growing children, Luc Camilli started to become more interested in TV and cinema, stubbornly defending unmarketable formats, subjects and visual universes with modest, but nevertheless growing, success.

Despite its every-expanding capacity to create jobs in the Occitania Region, we must admit, it hasn’t always been a walk in a park! After years of precarious contracts, production manager burn-outs, and a series of thrilling soap-opera worthy come-backs, Luc Camilli has realized the obvious : «as far as human ressources goes, I have a ways to go». Thus began his journey of introspection, and he eagerly practices the preliminary step of « feminism for dummies » : listening to the women he works with. For the moment he is still clinging to his throne as the unique boss-producer-master of the universe, but looks forward to to Equity, Diversity and Inclusion.

To conclude, Xbo films, just like this introduction, is imperfect. Our perpetual state of (re)construction undoubtedly disconcerting on the surface, is in our eyes profoundly coherent with our company: after all these years, it is the projects and the people we have had the opportunity to accompany that have shaped our identity, our values and our story, and not the other way around.